A birthday blanket and a birthday jumper

I haven't done much knitting since Mr Man made his appearance, now frighteningly close to a year ago. Well, I say that, but then I had a look at what I did last year.  Given I only got my evenings back from my stay-awake older child some time around November and the little one still wakes me nightly, and, even before Baby Bird dropped her nap, I never managed to get them asleep at the same time during the day, I suppose I haven't done too badly.

What I knit last year:

Before Mr Man arrived I had a veritable knitting frenzy ): 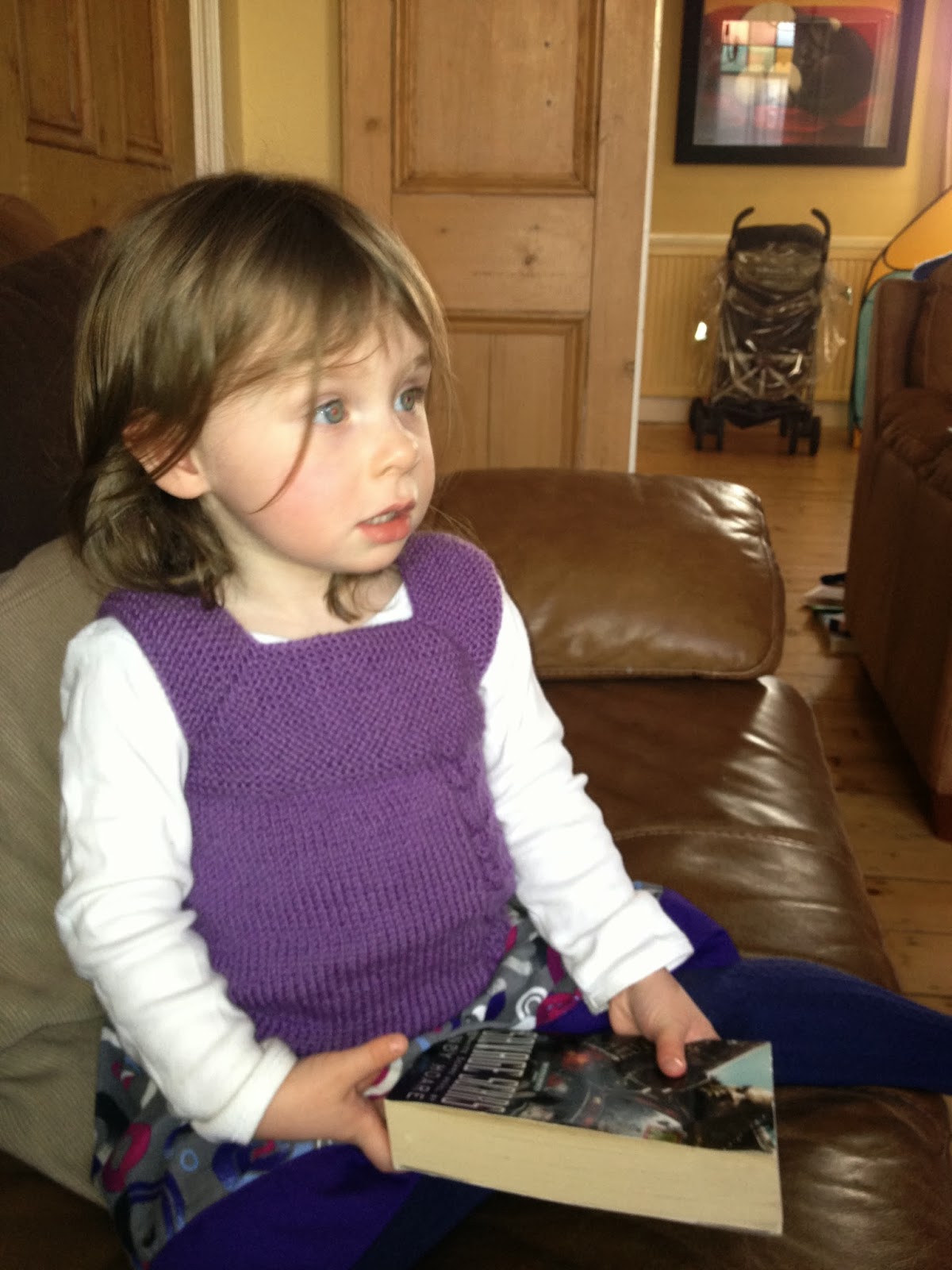 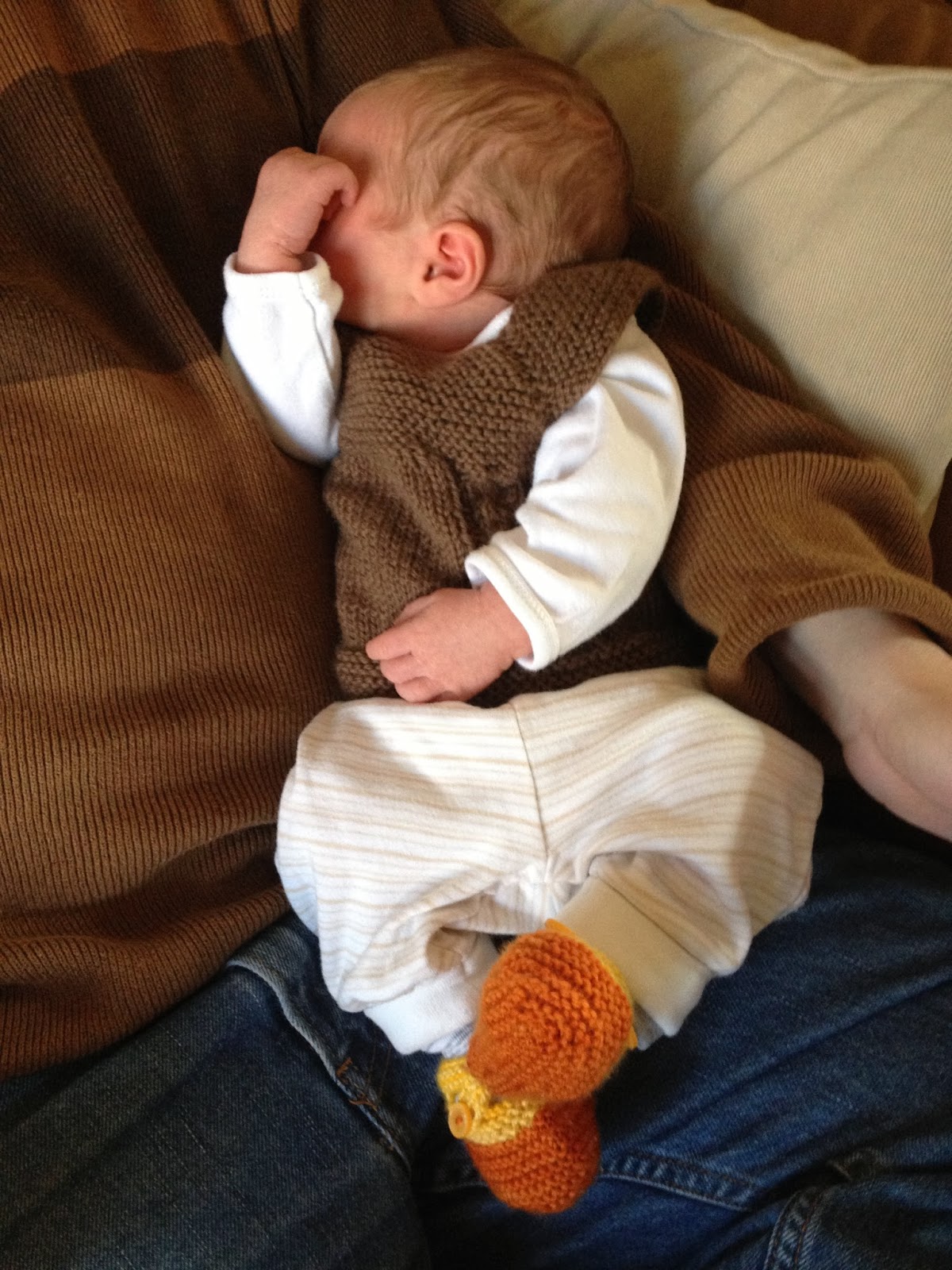 Two Milo vests (one for each child)

A hat for Baby Bird 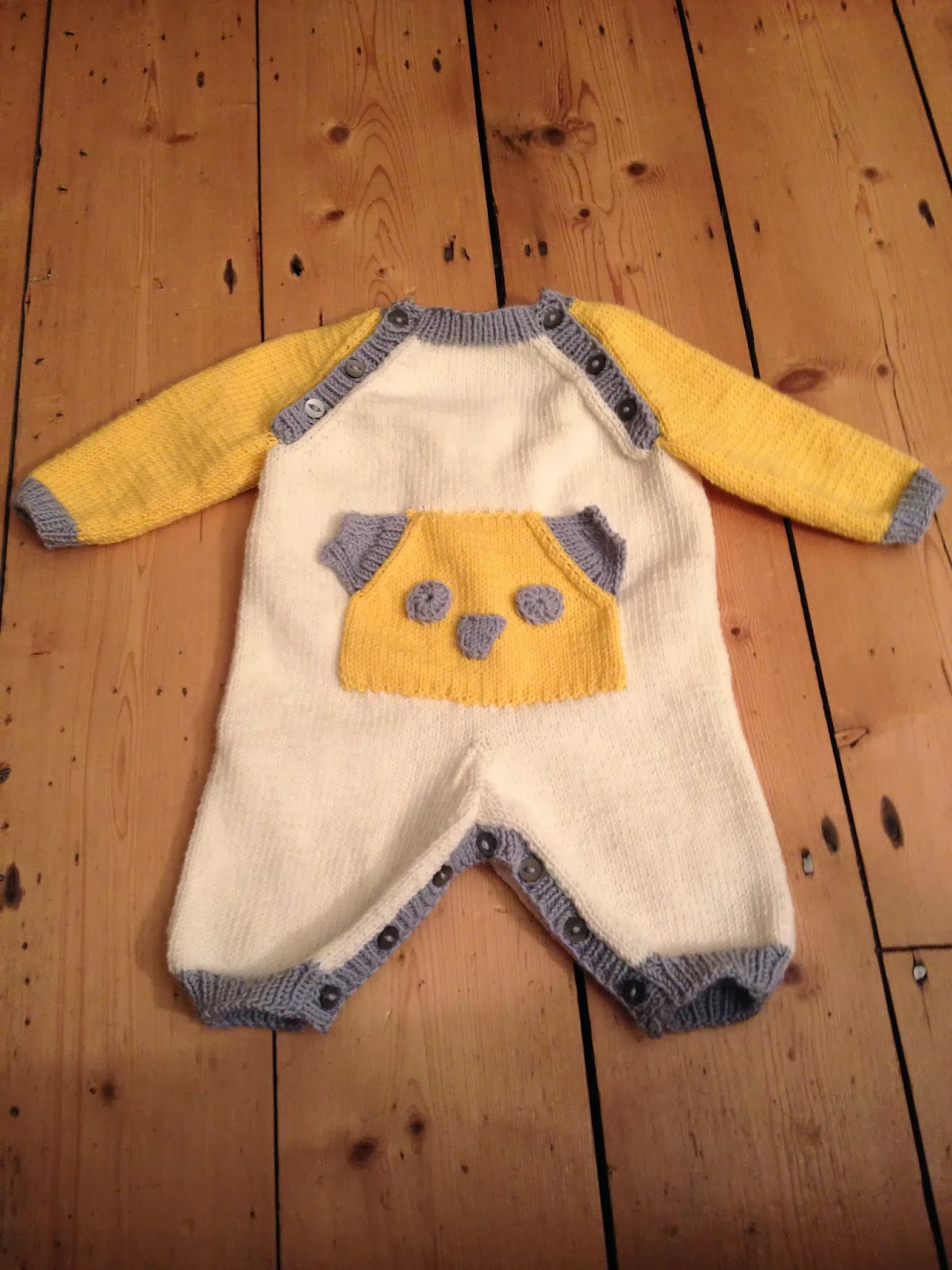 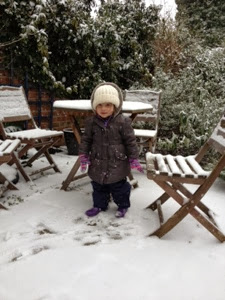 I finished a baby-grow for the new bub

I dashed off a lovely little jacket just before he arrived 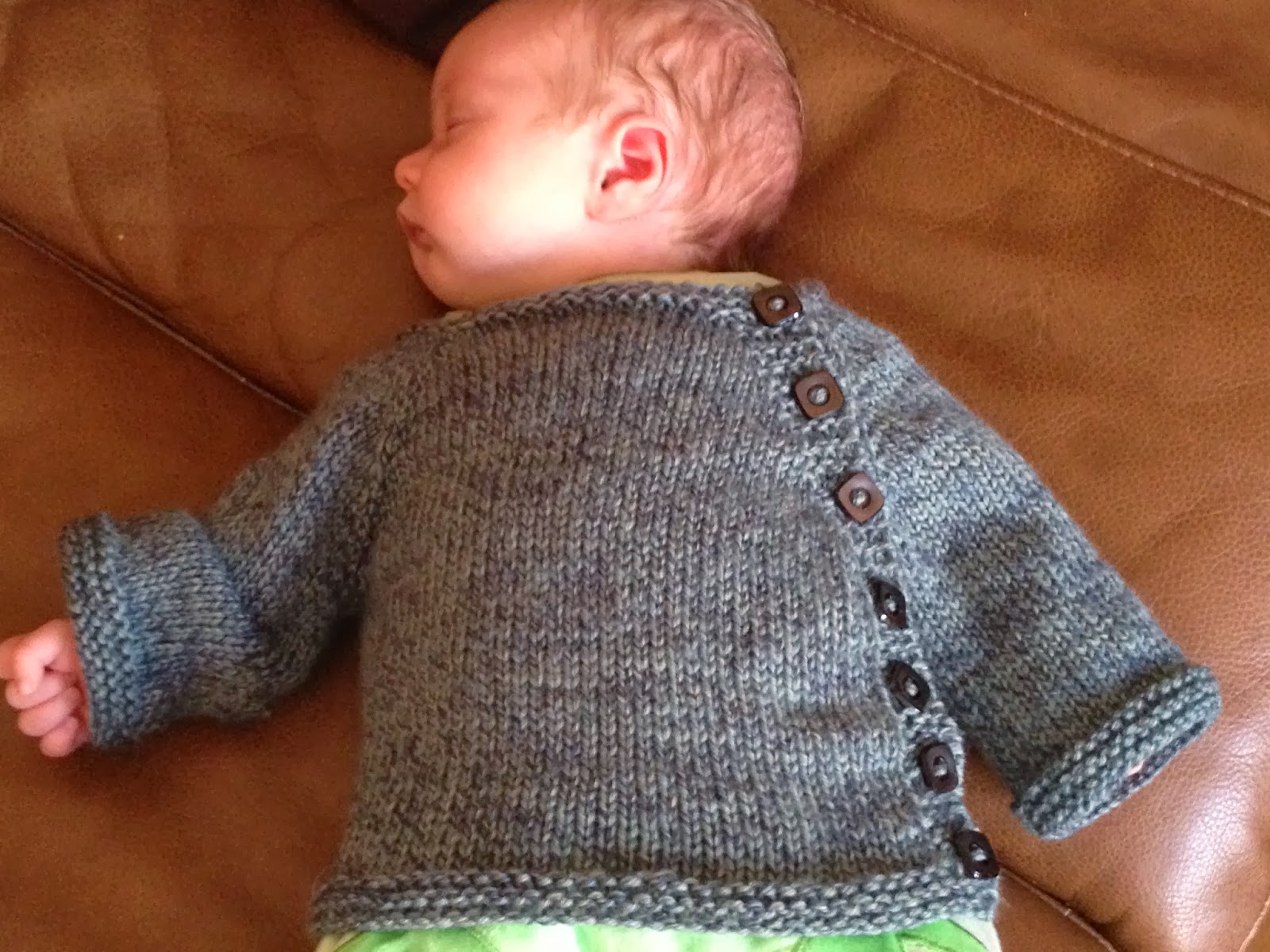 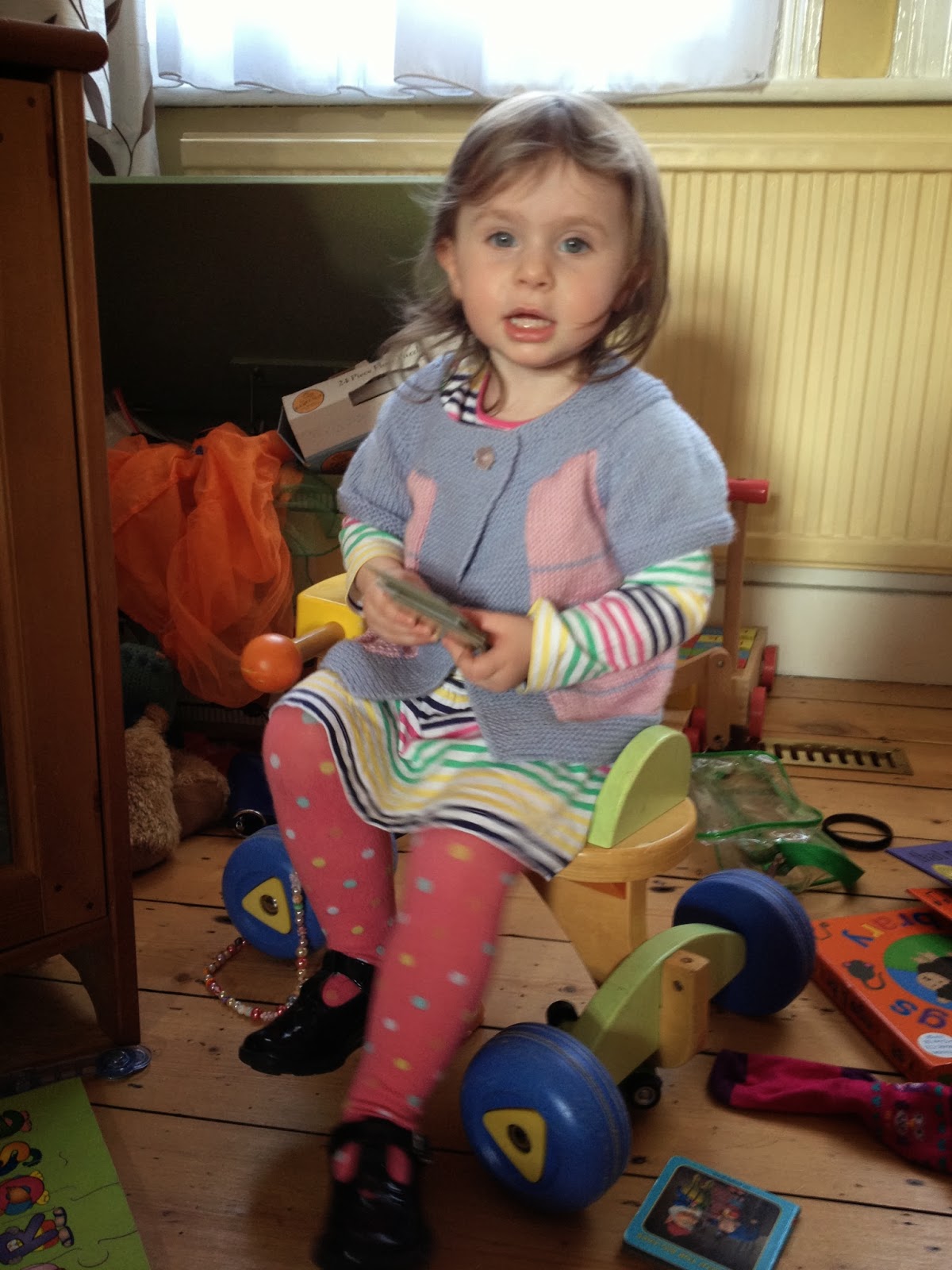 Yes, that would be the first 6 weeks of the year (that will be three mornings a week in playschool plus a child who napped for two hours in the afternoon!)

After Mr Man arrived, things slowed down considerably, but I also opted for some long, garter-stitch heavy projects, which skews things a little.  Deliciously easy, but relatively time-consuming knits. 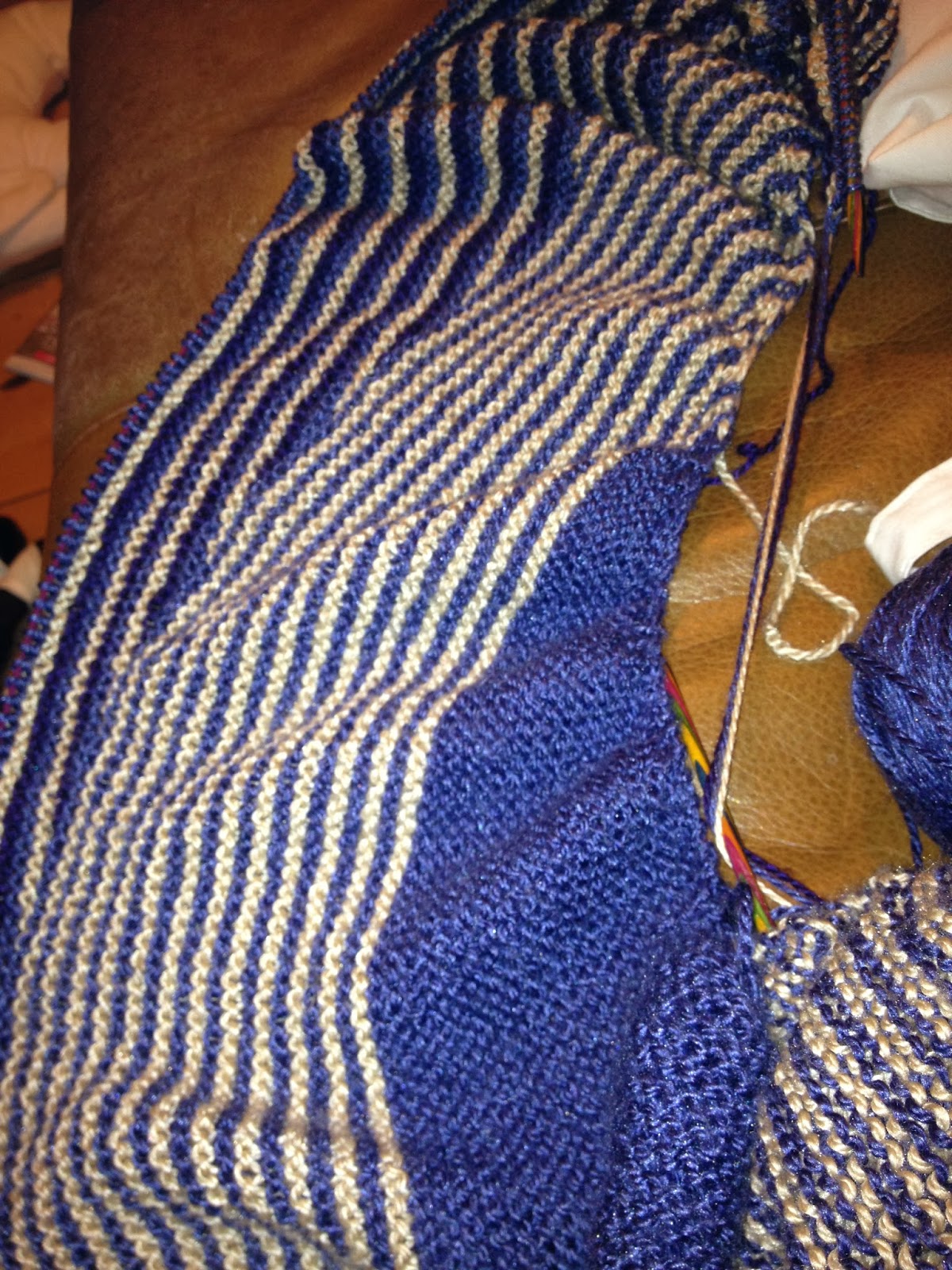 A beautiful Color Affection shawl for me (can't find a finished pic, but this gives you the idea)

A christening cardigan that was only a little bit late 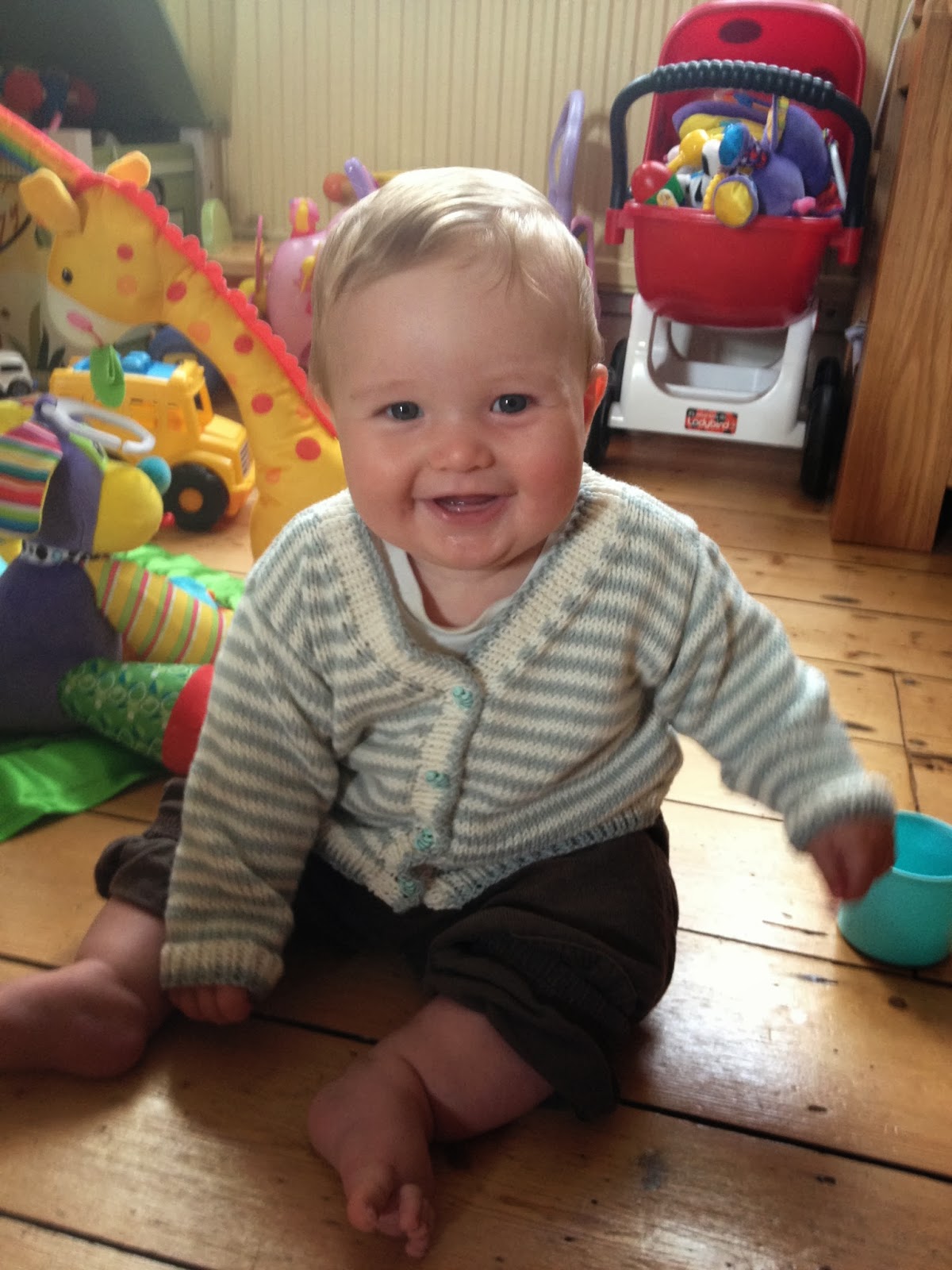 A pink cardigan for a little girl who likes star buttons 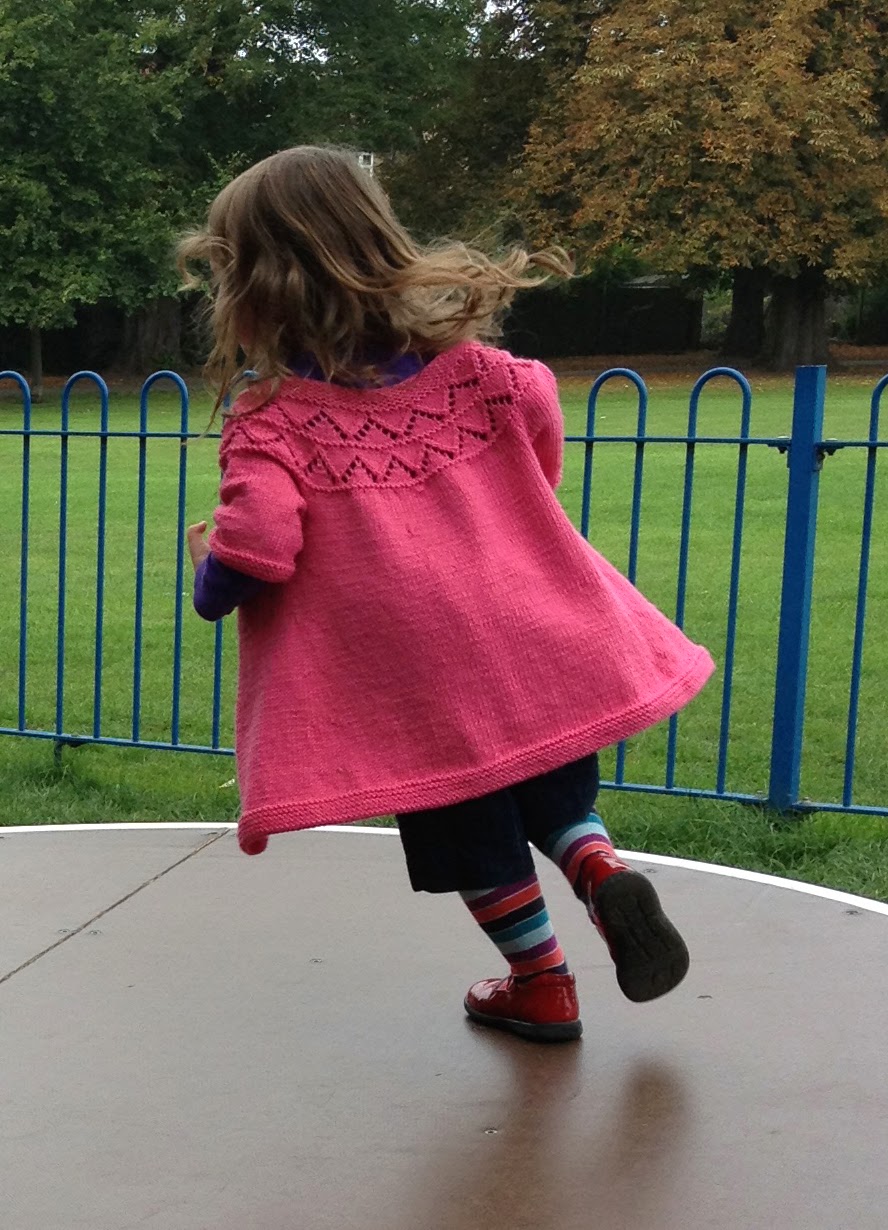 And most (but not quite all) of a very large blanket that should have been Baby Bird's birthday present but didn't quite make it off the needles in time.

Written out like this, it is actually a far longer list than I expected. If you take account of the 17 balls of yarn that have been lovingly garter stitched into the second biggest log cabin blanket I've ever been involved in (maybe one day I will tell you about the biggest), that's actually quite a lot of knitting for someone who spent most of the year locked in 3 hour solo bedtime disasters and nursing an infant.

When I first started writing this post, the birthday blanket was almost complete. I was on the fifth day of knitting the applied I-cord border.
Well, I do only get I do a couple hours a night and did I mention it is a BIG blanket?  That and my darling daughter undid about two foot of applied I-cord while I was making a cup of tea "because I wanted to do my own knitting for myself on my own". Yes, that will teach me to put things away properly.  I am hoping to finally finish it over the weekend. After all, she has promised that all her sleeping problems will be cured by her "wonderful new blankling". 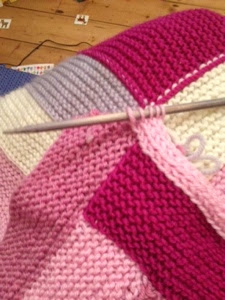 However, as the blanket is a bit big for carrying around and I retreated to a cafe for some R&R on Saturday afternoon after a car crash of a Friday at the end of a tough week, I'm broke my promise of knitting monogamy until the birthday blanket is done and cast on a jumper for the little man who is not nearly so little as he once was. I need to crack on if he's to get it before his birthday.  I needn't have worried too much about the broken promise. Yesterday morning, while I was cooking porridge, Baby Bird found the first four rows of ribbing and very carefully removed the needle and unravelled the whole lot, putting me right back to finishing her blanket before I start anything else.  On the plus side, watching the latest Star Trek movie (which I actually really enjoyed) gave me the opportunity to finally finish the birthday blanket!  Hurrah! 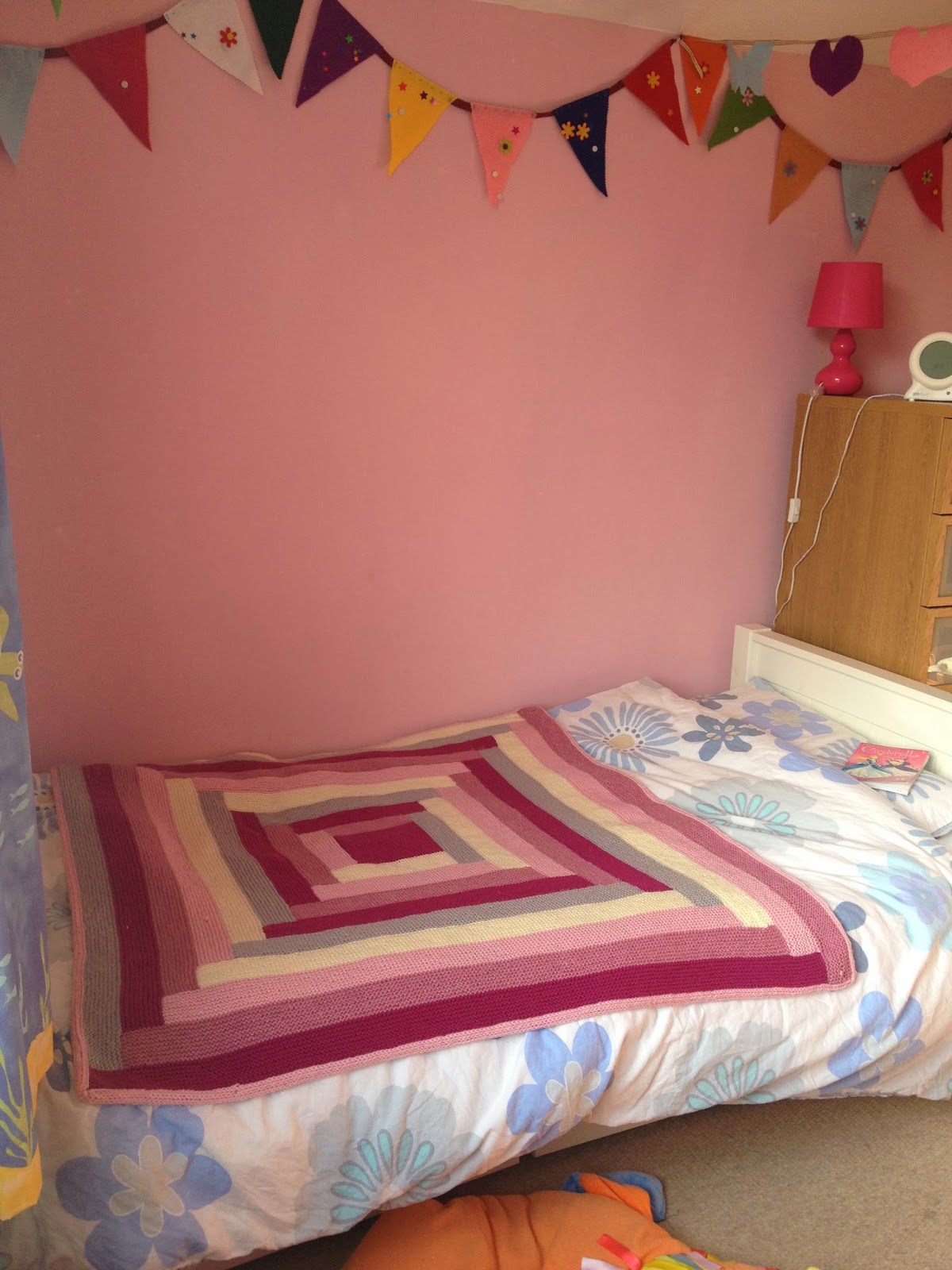 So now, it is on with the birthday jumper.  I'll just have to give him an IOU for his birthday blanket...  Poor second child.
Posted by Lyn Collett at 21:19