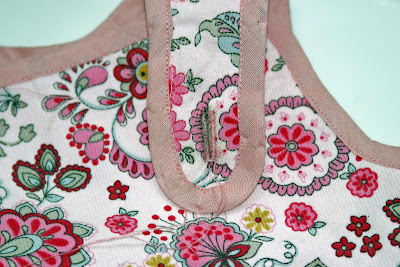 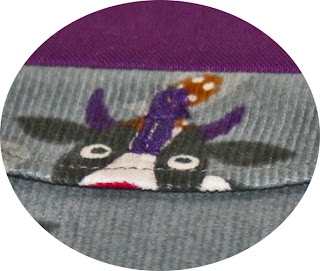 Of course, I'm still a way off actually completing anything. This is probably why, rather than starting another project when I hit the buttonholes of the dress, I should have bitten the bullet then, but hey-ho.  I did try to remedy that last night by sewing the buttons on the dress.  Unfortunately, I discovered that I mis-measured and my buttonholes are slightly too short, so there will need to be a little jiggery-pokery tonight to fix that and I will need to remind myself of Tim Allen's mantra on 'Home Improvement': "measure twice, cut once".  But the important things are (a) I conquered my fear of buttonholes and (b) I think they look pretty good.  I'll finish the dress so that Baby Bird can wear it tomorrow and hopefully by next weekend, she will be skipping about in a pair of crazy cow print trousers.  The material is pretty bonkers I will concede, but I love it and firmly believe that if you can't dress in bonkers prints at 18 months, I don't know when you can.
Posted by Lyn Collett at 13:15