I Really Want Her Skirt

It all started with a walk into town for lunch.  It was a lovely, warm, sunny day a little over a year ago.  I saw a woman walking along and instantly thought "I really want her skirt".  She looked summery and pretty; the skirt in question was a wrap skirt in a bold pink print on a pale blue background, softened by a pale blue border on the front wrap and accented with a pink sash belt.  I was green with envy.

I liked the skirt so much I was still thinking about it that evening.  I reached for the iPad and began searching.  It was tricky - I hadn't been brave enough to stop her in the street and ask where it came from and Google is only so good as the search terms you are entering.  It took a long time, but eventually I found it.  It was a Boden skirt ('"damn, that will be expensive; I can't really justify that") and, worst of all, it was from at least one year ago.  I could only find one on eBay and that was a size 18, which even I had to concede was not going to work, and was likely to be far more hassle to alter than it was worth.

But the idea of that skirt would not go away.  "I could make that," said a little voice in my head.  The more I thought about it, the more I realised I could.  I started hunting for fabric options.  I started thumbing through patterns looking for a basis.  I thought a lot about what I liked about the skirt, and also what I didn't.  Slowly, a plan came together.  It was a plan that was picked up and put down several times. There were big gaps between buying the fabric and choosing the pattern; between cutting out and sewing; and, all in all, I faffed about with this for about a year.  Eventually I came up with this: 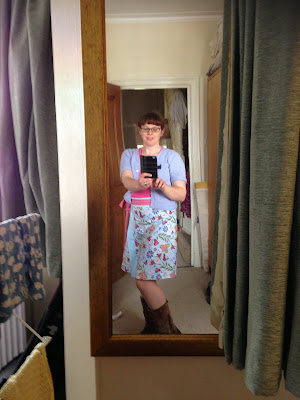 The base pattern is not, in fact a wrap skirt.  It is actually the Delphine skirt from Tilly Walnes' Love at First Stitch.  Why?  Well, when I really thought about it, I don't like wrap skirts.  They slip; they flap open, revealing far more thigh than I feel comfortable with; a gust of wind and they are up over your head faster than you can say "Miley Cyrus".  None of these is a good thing.  I spend a lot of time pushing a buggy. I can't do that whilst holding down the back of my skirt - I might have to put down my coffee!

So, I used the Delphine pattern - a nice, simple a-line skirt, with a neat waistband - as my starting point.  I took the front pattern piece and used that to make a pattern for an additional front piece, that would form a mock wrap.  I made this piece a couple of inches less wide than I wanted the wrap to be, and made up the difference with a panel of complementary spotted cotton, to soften things up and break up the bold pattern of the base skirt. 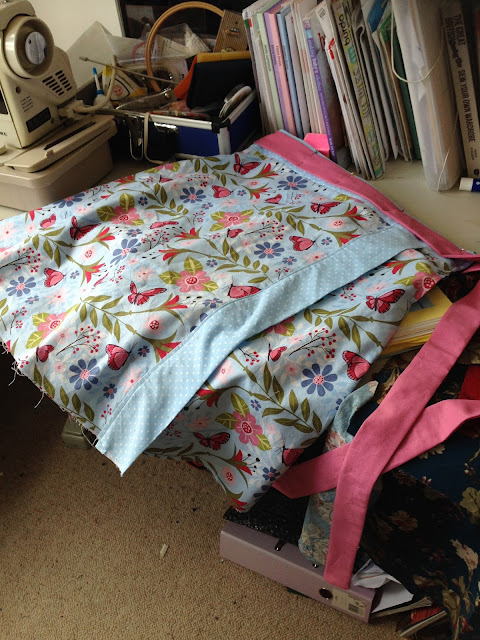 I had already worked out that I wanted the belt to be a mock belt, sewn onto the waistband, because who can be bothered with all that slipping, and adjusting, and getting twisted.  But this added an extra complication, since Delphine features a centre back zip, which wouldn't work with my mock belt.  So, I did a bit of measuring and worked out that I could ditch the back of pattern and just cut an extra front to use for the back.  I then shifted the zip to the same side as the wrap fold-over and belt tie.  Once all the jiggery-pokery with the pattern was done, this was a really easy sew.  No fancy skills needed.  The zip and turning out the pink belt were the most challenging parts.  It came together really quickly once I actually started sewing. 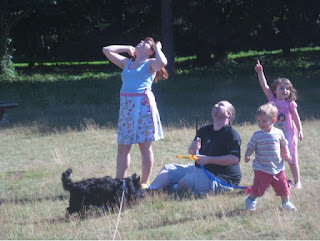 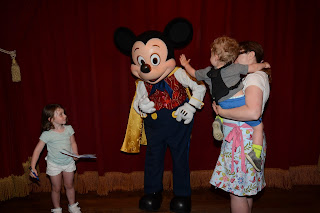 I'm really happy with the end result.  I do find it funny that I've made a hacked up version of the skirt before I've made a "proper" one (and I do plan to make a proper one at some point as it is a great pattern and I want to learn invisible zips), but I'm pleased to think I have the confidence to attempt this sort of thing.  It has definitely made me more open to rejigging patterns and I now find myself mentally deconstructing clothes I see out and about, comparing them with patterns I own.  It has definitely inspired me. Most importantly though, I've worn this skirt heaps since I finished it back in May.

The Details:
Pattern: Delpine by Tilly Walnes (from Love at First Stitch)
Fabric: mumble, mumble, mumble... all bought from Plush Addict last summer, with big thanks to them for colour matching the pink with the main fabric - you've got to love the internet! 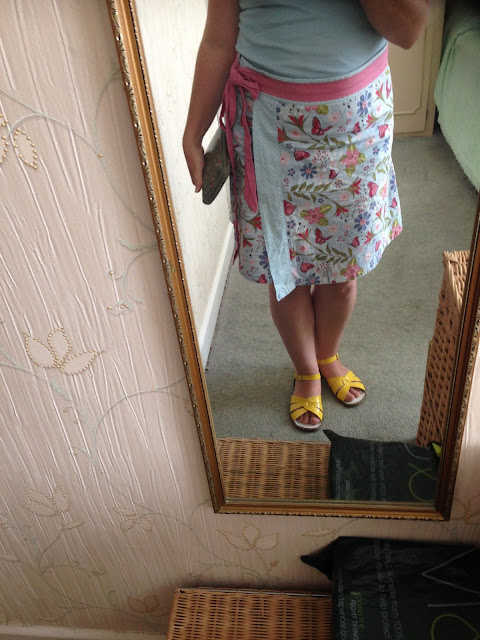 
I love starting new projects.  I love the process - the planning, the gathering of materials.  I think I've mentioned this before, along with my suspicion that I don't actually have hobbies, I just collect the things needed by those who have hobbies.  One of the reasons I started this blog was the hope that tracking what I'm making and getting to post pictures and write about a project would encourage me to see it through to the end.  Unfortunately, this blog often feels a bit like all my other projects - a series of "starts", brief flurries of activity, and then a lapse (which can last days, weeks, or even months), into inertia.  I am well aware of my problem: I am incapable of monogamy (only in the hobby/craft sense, before you fear a massively ill-judged Ashley Madison "over-share").

If I had the discipline to work only on one project, and not to allow myself to start something new until that was completed, I think I would have far more end products to show for my efforts.  And there is a very real, sense of satisfaction that comes from a completed project.  Me-Made-May and the efforts I've been making since then to wear the things I make has reminded me of how much I like completing things.  Sadly, I am massively butterfly-brained and am easily seduced by the lure of the new.  A flick through a magazine is too-often followed by a flurry of tapping on the Internet, the production of a credit card and then the arrival of another exciting parcel of goodies for another exciting project.  My husband is fond of saying that I'm "long on ideas, but short on execution". There is a lot of truth in this, although since I know I am perfectly capable of executing, and of meeting deadlines, I wonder if perhaps it is more a case of "my eyes are bigger than my belly": I have more ideas than I have time to complete.

This is ok - in fact, I distinctly remember the Mollie Makes girls talking about this very idea at Blogtacular.  But the many, many half finished projects in my life are starting to get me down. When allowed to get out of hand, startitis leaves you with nothing but works in progress and guilty weight of a to-do list longer than your arm.  I need to get some focus and remember that the buzz of finishing something and getting to show it off is so sweet.  I really must take myself in hand.

So, list of half completed blog posts, half sewn purple Cappuccino dress that I haven't told anyone about, massive pile of materials for the Cinderella dress that my dear, sweet daughter has actually given up asking me about (yes, the guilt...), I'm looking at you; and basket of half-completed, just needing sleeves/buttons/those last few rows, I'm definitely looking at you.  I'm coming for you.  I'm making a plan, and I'm going to start (because it feels more positive than admitting I'm just plodding along with the middle, and frankly I just can't help starting things) a new "finishing project".